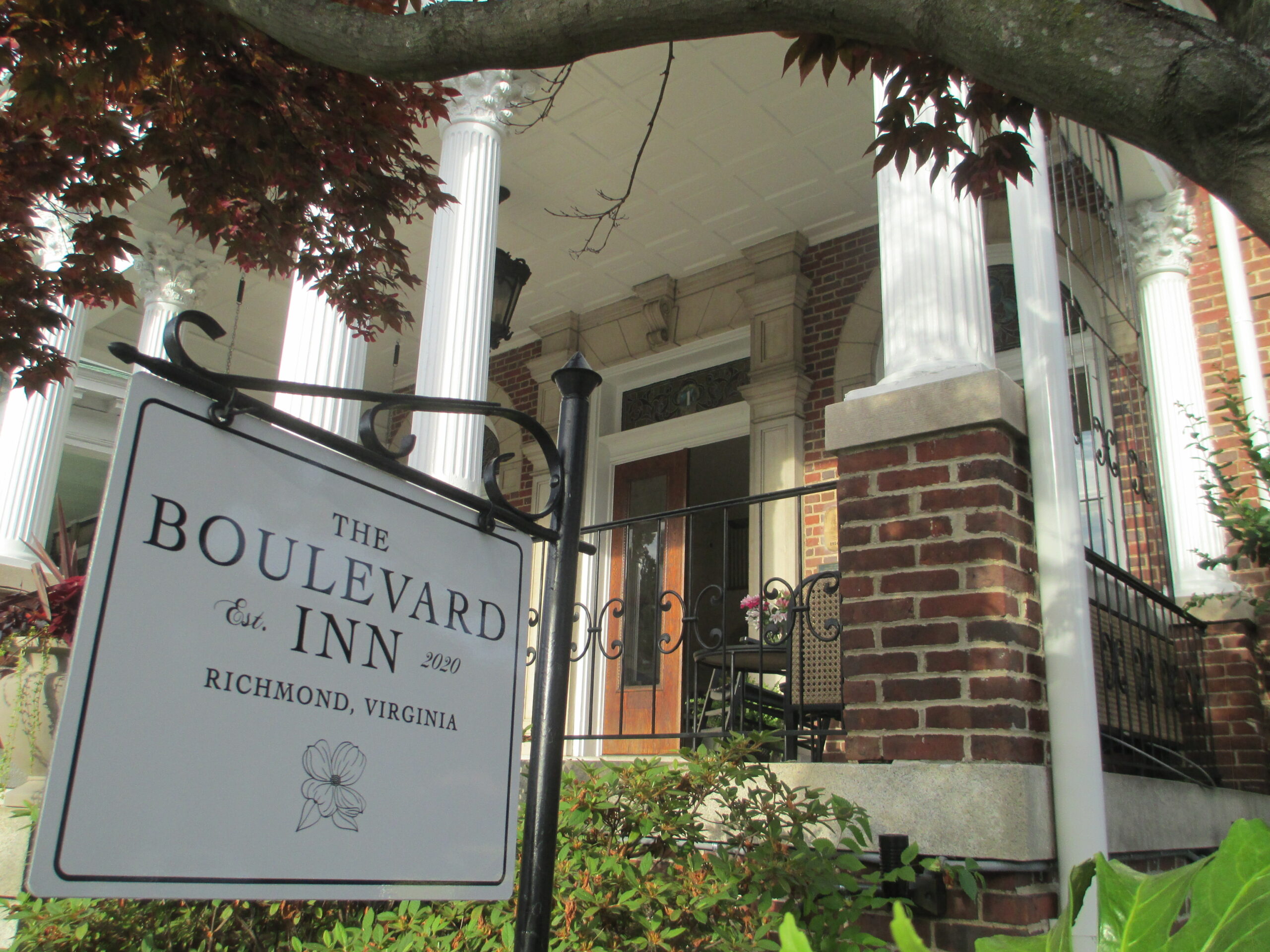 When Mitch Dorsey and Ronald Rivera bought their Fan bed and breakfast in late 2019, they didn’t know that their then-planned spring 2020 opening would coincide with the start of a pandemic.

Ethereum Rival Tumbles As Hackers Drain About $100,000,000 From Its Crypto Bridge

In grand style at The Grand Kerr House

Two years later, the married couple are getting ready to open the doors of The Boulevard Inn, the B&B at the corner of Arthur Ashe Boulevard and West Main Street previously known as The One Bed and Breakfast.

Dorsey, a Richmond native, bought the business and building with Rivera just months before the pandemic’s arrival in 2020. Related government closures delayed renovations to the property, leaving the venture in limbo for months, Dorsey said. 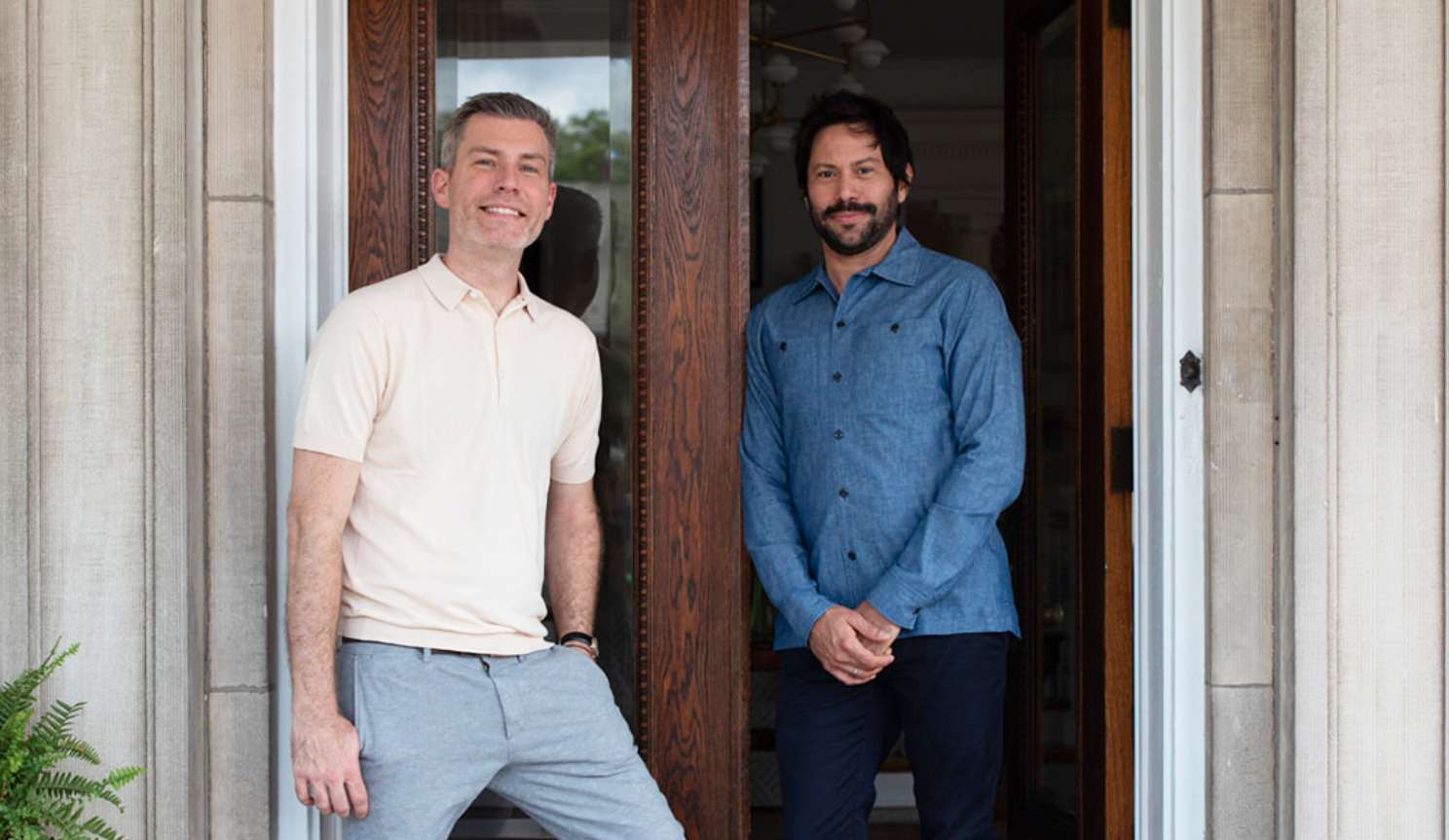 Mitch Dorsey, left, and Ronald Rivera are the inn’s proprietors. (Photo courtesy of The Boulevard Inn)

“The city was closed for a long time, so we couldn’t even get the permits to start the work in the building. That’s what held us up the most,” Dorsey said. “The building just sat here empty for almost a year.”

Dorsey added, “We would’ve been open a year ago, but the pandemic really put a wrench in things. Then, once we were able to start working, the materials, labor, all the trickle-down effects of the pandemic made everything take longer as well.”

Working with local contractor D.A.M. Fine Carpentry, Dorsey said they put about $700,000 into renovations that removed and added some walls and created two additional guest rooms. 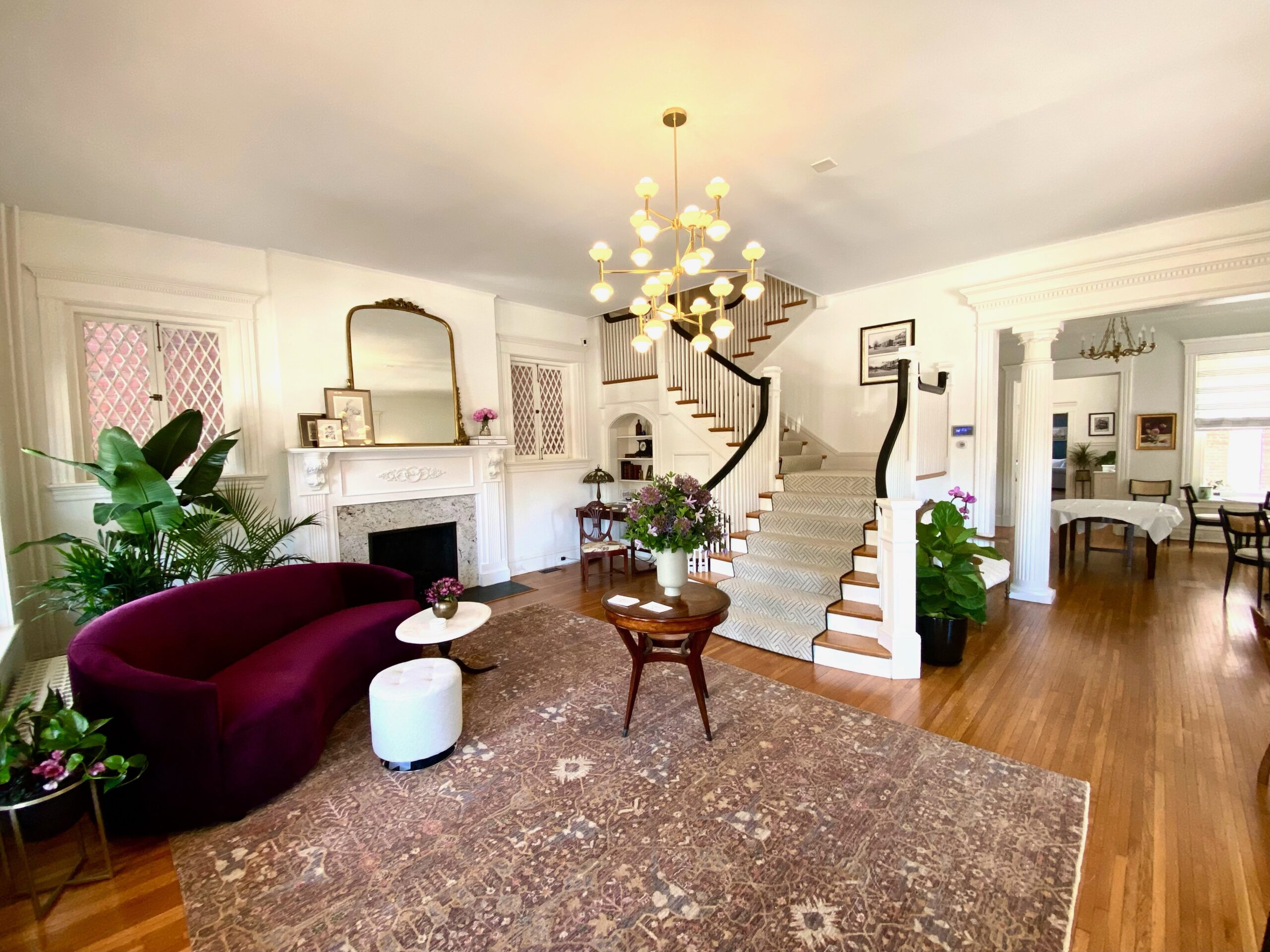 “Two of the rooms, the bathrooms, you actually had to leave the guest room and go outside the door, so we put two of those as en suite bathrooms. We built walls to keep it inside the room,” Dorsey said.

The B&B now totals five guest rooms, though Dorsey said city rules allow only four to be occupied at a time. He said they’ve booked two of the rooms in advance of their opening this Wednesday, when reservations will go live.

Room rates vary based on day and time of year but generally range from $250 to $400 a night, Dorsey said. Bookings include breakfast and wine and cheese in the evening. 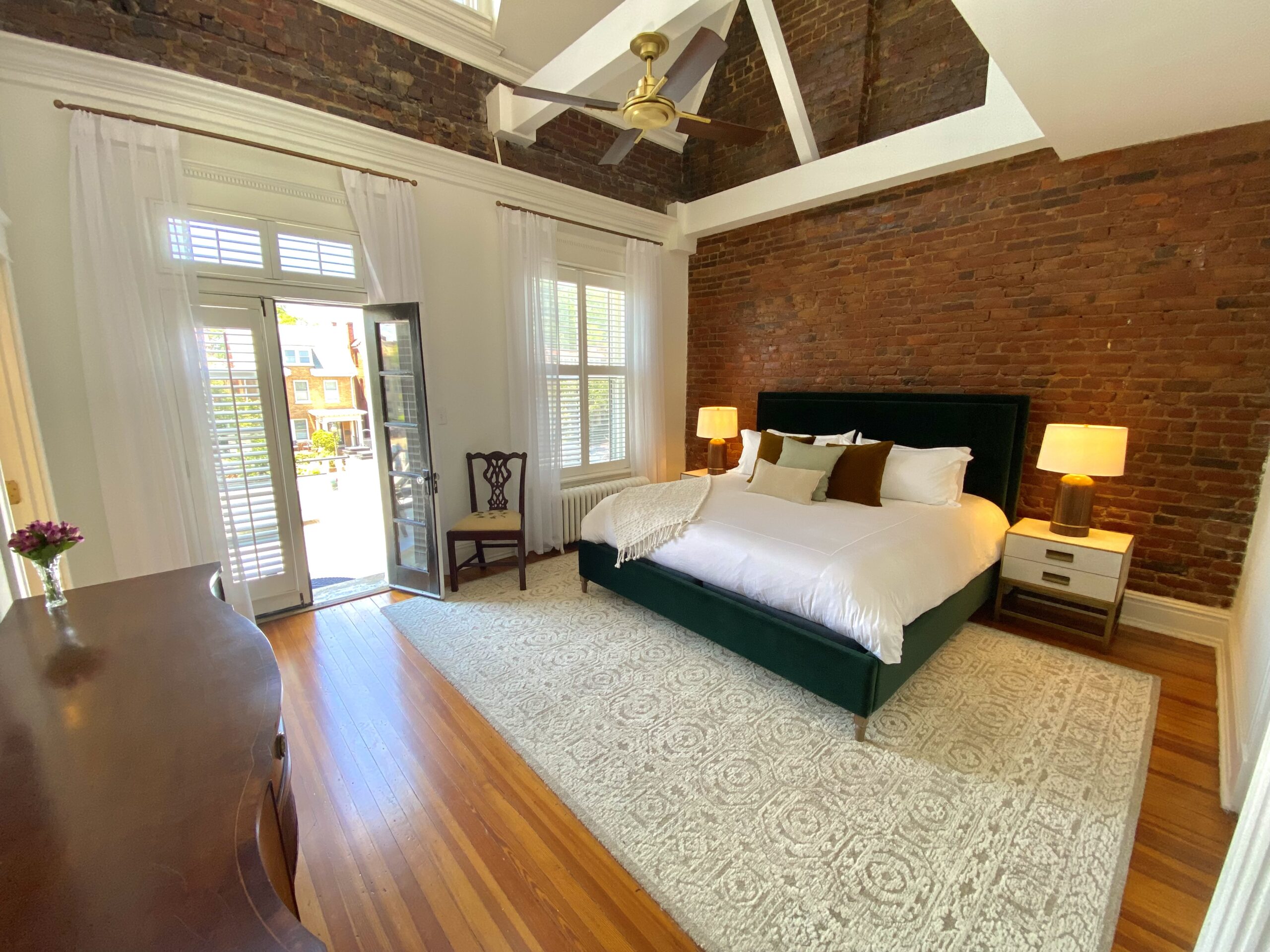 The building was renovated to add two additional guest rooms.

The inn serves baked goods from Sugar & Twine and coffee from Roastology. Its floral arrangements come from Strawberry Fields Flowers & Finds, and it has arranged a pickup spot out front with RVATukTuk.

Dorsey and Rivera reside in Midlothian but are hands-on in managing the inn. They’ve outfitted a room in the building’s basement as an owner’s suite so they can stay over as needed.

The couple met in New York and moved to Richmond a few years ago, keeping an eye out for B&B opportunities. Both have experience in restaurants, and Dorsey’s hospitality experience includes management positions at hotels such as The Carlyle, a five-star hotel in New York’s Upper East Side. 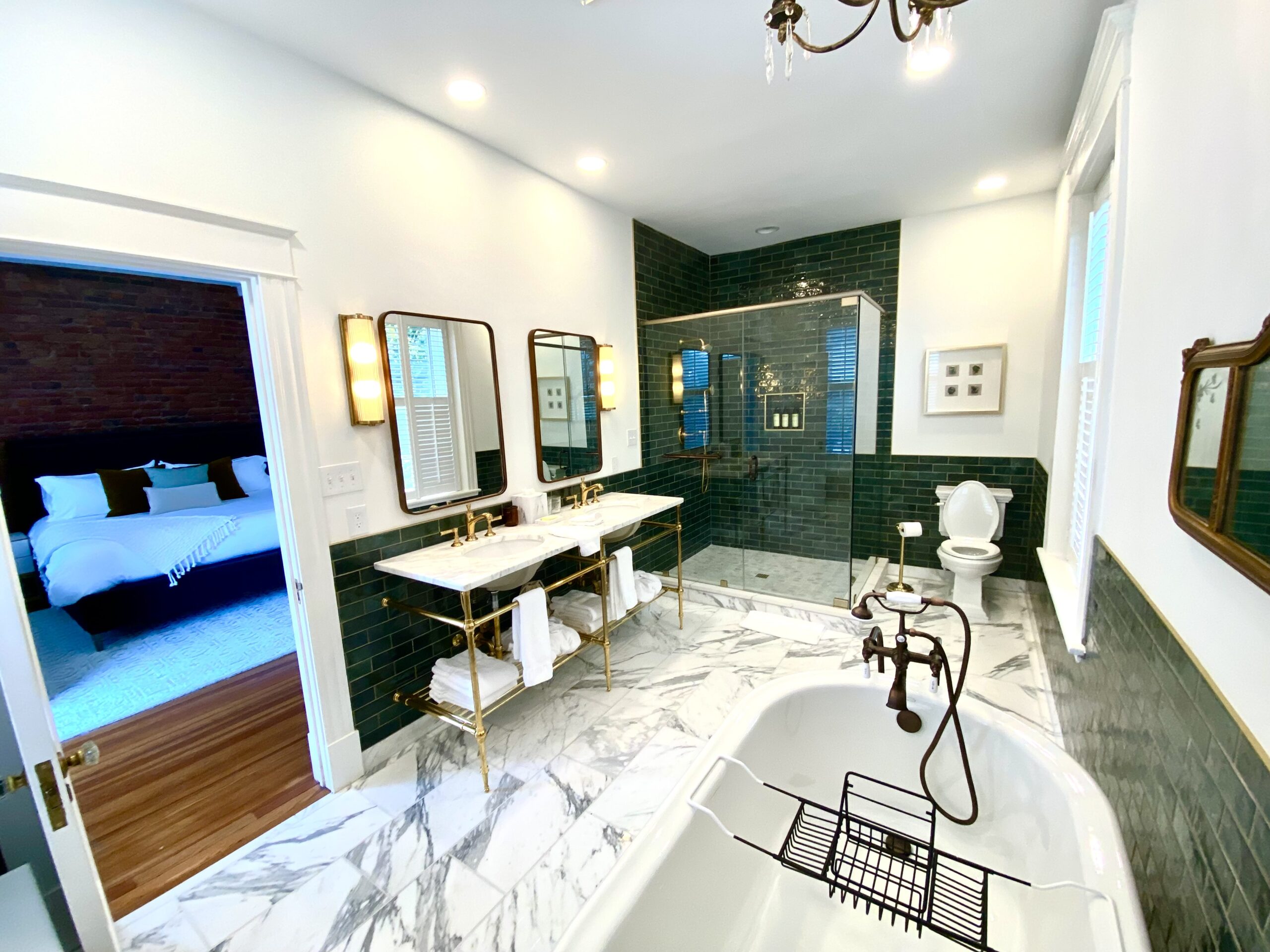 The guest rooms and bathrooms feature a variety of design styles.

While watching the decline and rebound of the hospitality industry over the course of the pandemic, Dorsey said he and Rivera had moments where they wondered if they’d ever be able to open the inn, though he noted that B&Bs have endured in that time.

“All those thoughts go through your head, but you try to stay positive and look at the bright side of things and just keep plugging along,” he said. “I think people during a pandemic would prefer staying in a smaller type of property that’s not like a big hotel with tons of people very close by. I think a smaller property is more ideal in that sense.”

Now at the point where they can start welcoming guests, albeit two years later than they’d intended, Dorsey said, “It’s been a journey to say the least, but it feels pretty great that we finally made it.”

Ethereum Rival Tumbles As Hackers Drain About $100,000,000 From Its Crypto Bridge

One Ethereum (ETH) competitor is taking a massive hit after hackers drained approximately $100 million worth of crypto from its...

In grand style at The Grand Kerr House

TOLEDO, Ohio (WTVG) - It’s a magnificent home on a hill that’s been part of the Wood County landscape for...

Binance Launches Platform for VIPs and Institutions Amid Crypto Winter

Binance announced the launch of Binance Institutional, a new platform for institutions and VIPs. The services being offered include algorithmic...

Is Wrapped BNB (WBNB) Worth the Risk Thursday?

InvestorsObserver analysis gives Wrapped BNB a low risk assessment. The proprietary scoring system calculates how much money was required to...