Blockchain can be Use to Boost Economy 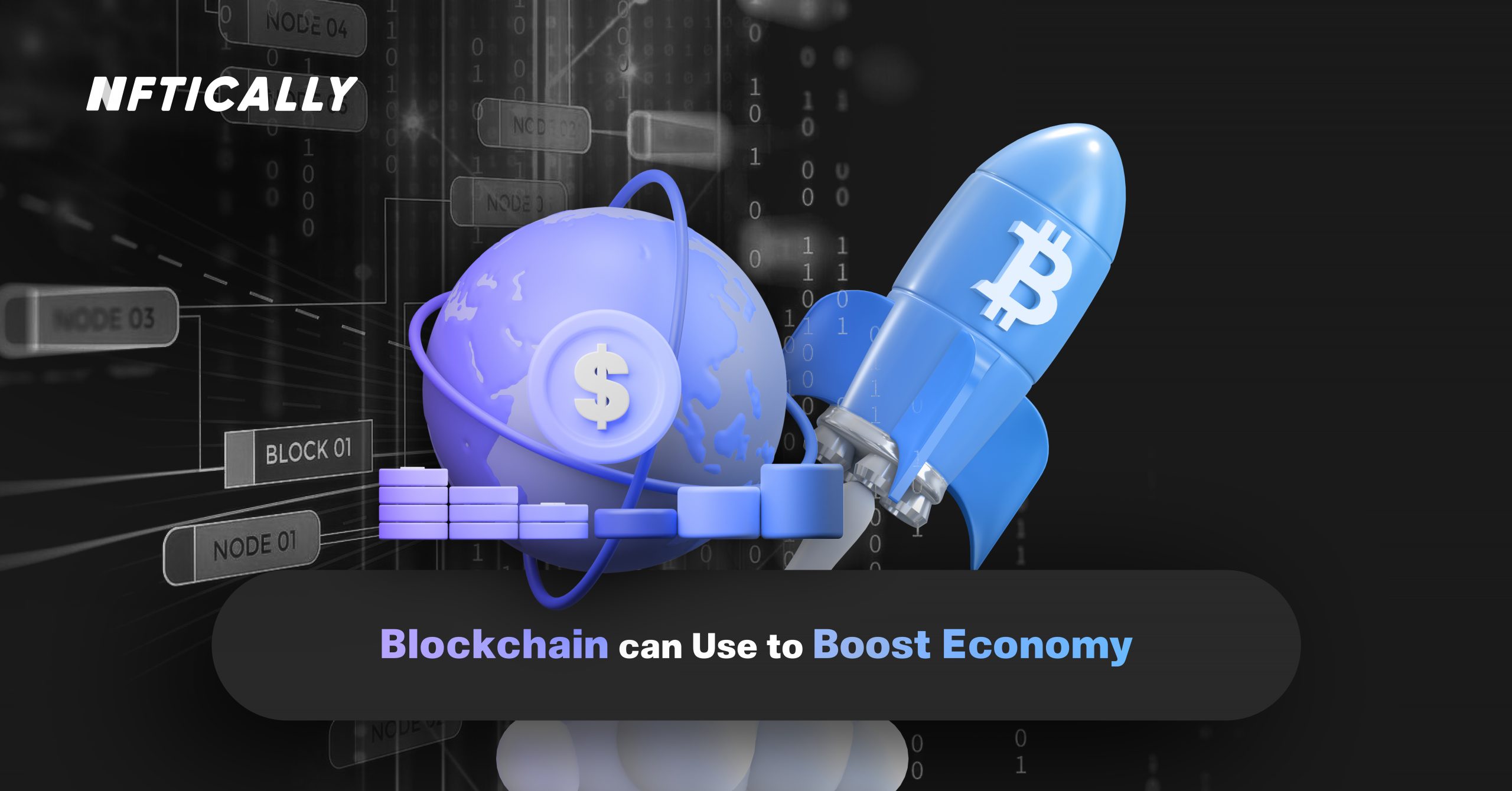 Global GDP might rise by $1.76 trillion over the next decade as a result of blockchain technology, according to an analysis. Based on current technological use, Blockchain has the potential to have a significant impact on the global economy.

To evaluate the economic value that Blockchain may provide, we looked at the top five uses of the technology, which range from healthcare and public sector services to industrial production, financial services, logistical distribution, and retail.

There has long been a connection between blockchain technology and cryptocurrencies like Bitcoin, but there is much more to it. Notably in how public and private companies protect, exchange and utilise data.
Many disruptive developments have advanced as firms deal with the effects of the COVID-19 pandemic.

The analysis demonstrates that Blockchain can enable enterprises to rebuild and reconfigure their operations based on advances in trust, transparency and efficiency across organisations and society.
When it comes to a successful implementation of Blockchain, it will be dependent on the legislative environment, a well-prepared business ecosystem, and an appropriate industrial mix.

As a continent, Asia stands to gain the most from the adoption of blockchain technology. Among individual nations, China ($440 billion) and the United States (407) have the most significant potential net gain from the blockchain. The net benefits to five other countries—Germany, Japan, the United Kingdom, India, and France—are estimated to be more than $50 billion.

However, the advantages for each nation vary, with countries centred on manufacturing, such as China and Germany, benefitting more from provenance and traceability. At the same time, the United States would profit more from its use in securitization and payments as well as identification and credentials.

Public administration, education, and healthcare seem to be the most prominent winners on a sectoral basis. As a result of the efficiency blockchain will bring to the world of identification and credentials; these industries are predicted to reap a total of $574 billion by 2030.

Meanwhile, there will be broader benefits for business services, communications, and media, as well as wholesalers, retailers, manufacturers, and construction services, who will benefit from using blockchain to engage consumers and meet the demand for provenance and traceability through the use of blockchain technology.

61% of CEOs surveyed said they put the digital transformation of critical business operations and procedures among their top three objectives as they rebuilt from COVID-19.

One of the companies’ worst errors with developing technology is leaving it to the enthusiast. It requires C-suite support to work, uncover strategic potential and value, and foster industry cooperation.

Establishing proof-of-concept applications that can build and scaled would help businesses discover the value while improving trust and transparency in blockchain’s potential.

Blockchain technology can have a beneficial influence on democracy and many other sectors:

Recently, it became possible to trace food from farm to shelf. IBM is partnering with Nestle and Walmart to use blockchain technology. Suppliers can identify the source of food contamination and trace the manufacturer throughout the supply chain. Blockchain’s openness may also reveal the source of produced items, which is vital nowadays.

The utility corporations may lose market control if consumers can sell extra energy to their neighbours via blockchain technology. There may even be a variety of pricing as supply and demand influence the price, much as in the financial markets.

Governments have started blockchain pilot programmes. To achieve efficiency via technology. In the UK, blockchain is utilized to administer student loans and monitor disadvantaged benefits. The government says that blockchain might cut corruption, fraud, and expenses by replacing paper.

Governments are using the technology to store records, including land titles. The ledger might record property titles and deeds.

The banking sector may save $16bn to $20bn each year by using blockchain technology.

It’s not only cost-savings. Further, would we need equities markets as we know them? However, cryptocurrencies might replace listed or unlisted firm shares, and blockchain technology would record the transfer on a decentralized ledger. Perhaps not tomorrow, but it might happen.

Migration from physical to virtual money would seem inevitable, with market sentiment driving cryptocurrency values as economic indicators do now.

What will central banks do when virtual money replaces paper money? Japan has legalized cryptocurrency. Others will follow the market’s evolution.

If central bankers want to be in the spotlight, they must catch up. The regulatory side is absent. If governments lose power, central banks may become oversight committees. Draft the regulatory framework and plan the gradual adoption of blockchain technology in the financial sector. Some say this function would be more helpful.

The future of blockchain technology is bright, and its benefits will be immense. Adopting the technology will determine how it impacts financial markets and the globe.

The world’s top banks and central institutions invest heavily in blockchain technology. While bank CEOs have been sceptical of Bitcoin, they like the underlying technology.

The world’s central banks will likely be the first movers to prevent being left behind. In October, JPMorgan Chase & Co. developed a new payment system utilizing blockchain technology.

Multiple organizations have tasked IBM to reform internal operations using blockchain. Microsoft is there and maybe a leader. The pace banks are moving shows how afraid they are of blockchain.

61% of CEOs surveyed said they put the digital transformation of critical business operations and procedures among their top three objectives as they rebuilt from COVID-19.

One of the companies’ worst errors with developing technology is leaving it to the enthusiast. It requires C-suite support to work, uncover strategic potential and value, and foster industry cooperation.

Given the degree of economic disruption companies are experiencing, establishing proof-of-concept applications that can be expanded and scaled will allow businesses to identify the value while increasing confidence and transparency in the solution to deliver on blockchain’s promise.

There are several ways in which blockchain technology might promote sustainability. However, improving digital infrastructure is necessary to encourage the use of new technologies like blockchain. Regulators must keep pace with the fast development of blockchain and other digital technologies to build future energy systems.

Snoop Dogg and Eminem just collaborated on a new track, “From The D 2 The LBC”.  They performed the new...

To buy, sell, and bid NFTs in the form of digital collectables, the White Label NFT Marketplace is a ready-to-deploy...

Diversity Dollz NFTs Celebrate Beauty and Education in All Forms

If you’re looking for an NFT project that supports diversity in real life, then Diversity Dollz is for you! These...