Ethereum Logo Meaning: Here's Everything You Should Know – CoinGape

What Is Crypto Coin Okb And Why Has It Rallied 50% In The Last 90 Days? 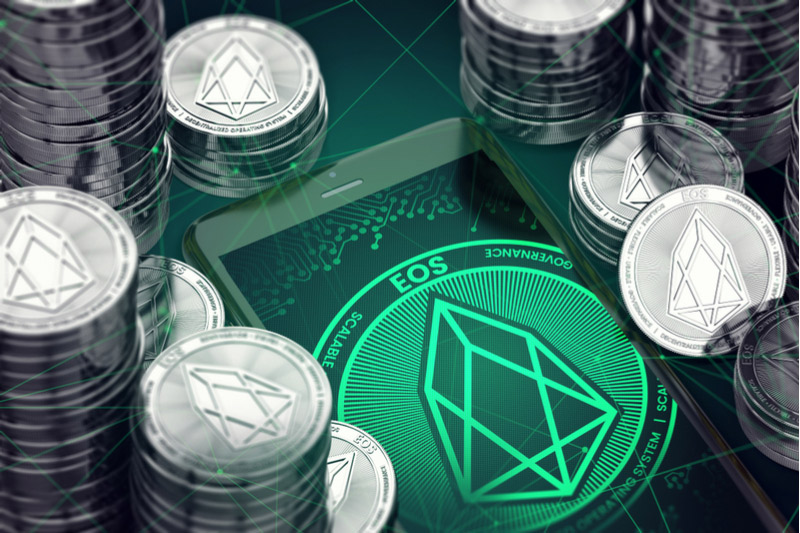 The EOS Network is an open-source blockchain platform that prioritizes high performance, flexibility, security, and developer experience. As a 3rd generation Layer 1 blockchain, EOS leads the pack in high performance and low latency.

EOS was one of the most hyped crypto projects when it launched. At launch, Block.one, its then parent company, raised a record $4 billion in its initial coin offering (ICO) at the height of the ICO craze in 2017.

However, the hype fizzled out due to internal problems with its developers, Block.one. EOS is now on its way to a comeback, collaborating with three other projects and rebranding as Antelope.

In mid-2021, Block.one ceased supporting EOS.io development. However, community members discharged Block.one and took control of the project. Unfortunately, the project has seen little progress ever since.

To reclaim its top position in the crypto space, Yves La Rose, the CEO of the EOS Network Foundation (ENF), on August 15, announced that it had put together a group of talented developers “EOSIO dream team,” to handle the EOS codes.

On August 17, the ENF announced that it is collaborating with Telos, Wax, and UX Network to combine its resources into a coalition of blockchains with a shared codebase. The ENF called the coalition Antelope.

According to the ENF, although the members serve unique markets, they will be related by a common framework, Antelope. The ENF also announced that Leap v3.1 will be the node software that implements the Antelope protocol.

Antelope is an open framework for building next-generation Web3 products and services. The coalition aims to carry the torch of open-source development for the whole ecosystem.

The news of the rebrand caused EOS, the native token of the EOSIO ecosystem, to rally in a bearish crypto market, becoming the top performer in the last week with gains of 28.2%.

The rally helped EOS hit a three-month high at a price of $1.89 before retracing to its current price of $1.67. Despite retracing, EOS is still the second best-performing crypto over the last month, with its gains of 48.5%.

EOS is now ranked as the 33rd largest cryptocurrency, with a market capitalization of $1.7 billion.

Yves La Rose announced that the hard fork that will begin the rebranding process for EOS is scheduled to launch in September.

Before the launch, La Rose said that the EOSIO dream team was working on fixing outstanding issues and adding new functionality to the EOS codes. The community should expect EVM compatibility and faster finality time on the EOS chain before the hard fork arrives.

According to the Antelope road map, the inter-blockchain communication is scheduled to launch in Q4 of 2022. However, in Q3, users should expect the EVM launch, an EVM product suite, a yield portal, and a scalability blue paper.

EOS belongs to a handful of crypto projects that can be said to be owned by the community. The coalition, Antelope, aims to be the most user-friendly, stable and secure protocol for building new chains that are infinitely flexible and constantly upgradeable.

The coalition, in particular, has reinvigorated the belief of community members in the future of the project. Reacting to the news, crypto strategist @Trim_Bot wrote;

More and more people are starting to realize the $EOS comeback is imminent…#TheNewEOS https://t.co/rZe9nQP6qj

Another user, Chuck MacDonald, writes about the upcoming upgrade;

$EOS has the most exciting roadmap in all of crypto. It was completely passed-over by the bull of the last 2 years, and now it’s time. #TheNewEOS is unstoppable.All of the great #opensource work that has happened on other chains will find an ultimate home on #EOS. pic.twitter.com/YfFYoDbeco

Announcing its support for the new EOS, 4BillionDAO wrote;

So excited about this milestone that $EOS has achieved. #TheNewEOS has cut all ties with @B1. 4Billion Dao will bring all our energies to fight against @B1 and get money back to the EOS. Visit 4Billion Dao official website and join our community.https://t.co/nyKSDjDQxf https://t.co/THa2gV5iFx

Since its launch, EOS showed the potential of a top cryptocurrency project. Moving past its ties with Block.one and collaborating with other high-performance projects, EOS is gunning for the position it once held as a leading project in the space. The respective experience of the four members of the coalition may be enough to push Antelope into the spotlight.

Ethereum Logo Meaning: Here's Everything You Should Know – CoinGape

What Is Crypto Coin Okb And Why Has It Rallied 50% In The Last 90 Days?

OKB is one of the crypto assets to have risen against the tide and registered handsome returns. What is this...

Silvergate slumps as US senators seek answers on FTX ties

Silvergate Capital’s share price continues to plummet despite its CEO’s public reassurances, while D.C. politicians seek further details on the...

How To Find The Best Presales And ICOs Such As Oryen, Big Eyes Tamadoge

Early birds get the worms. In the world of investing and blockchain technology, early investors are usually the ones winning...